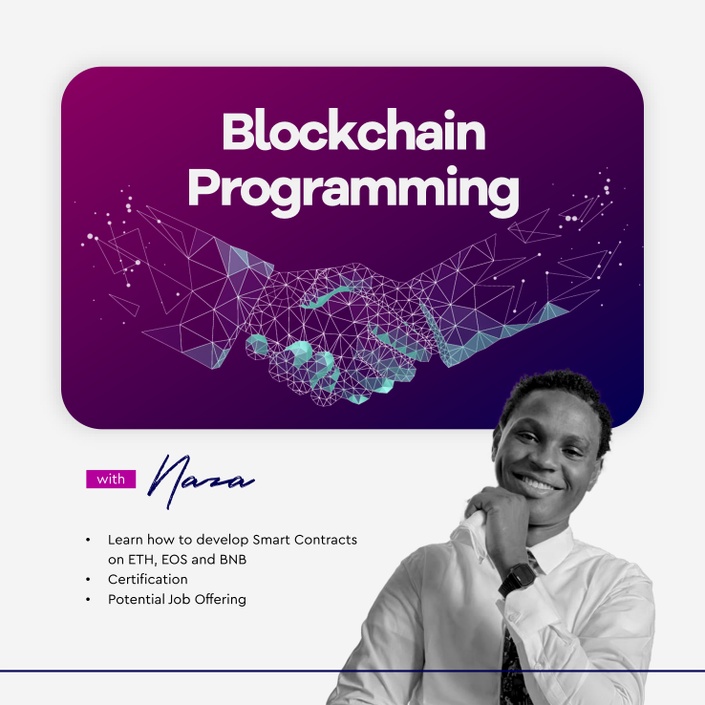 Learn how to build and deploy your own cryptocurrency on ETHEREUM , BINANCE SMART CHAIN, EOS, SOLANA etc 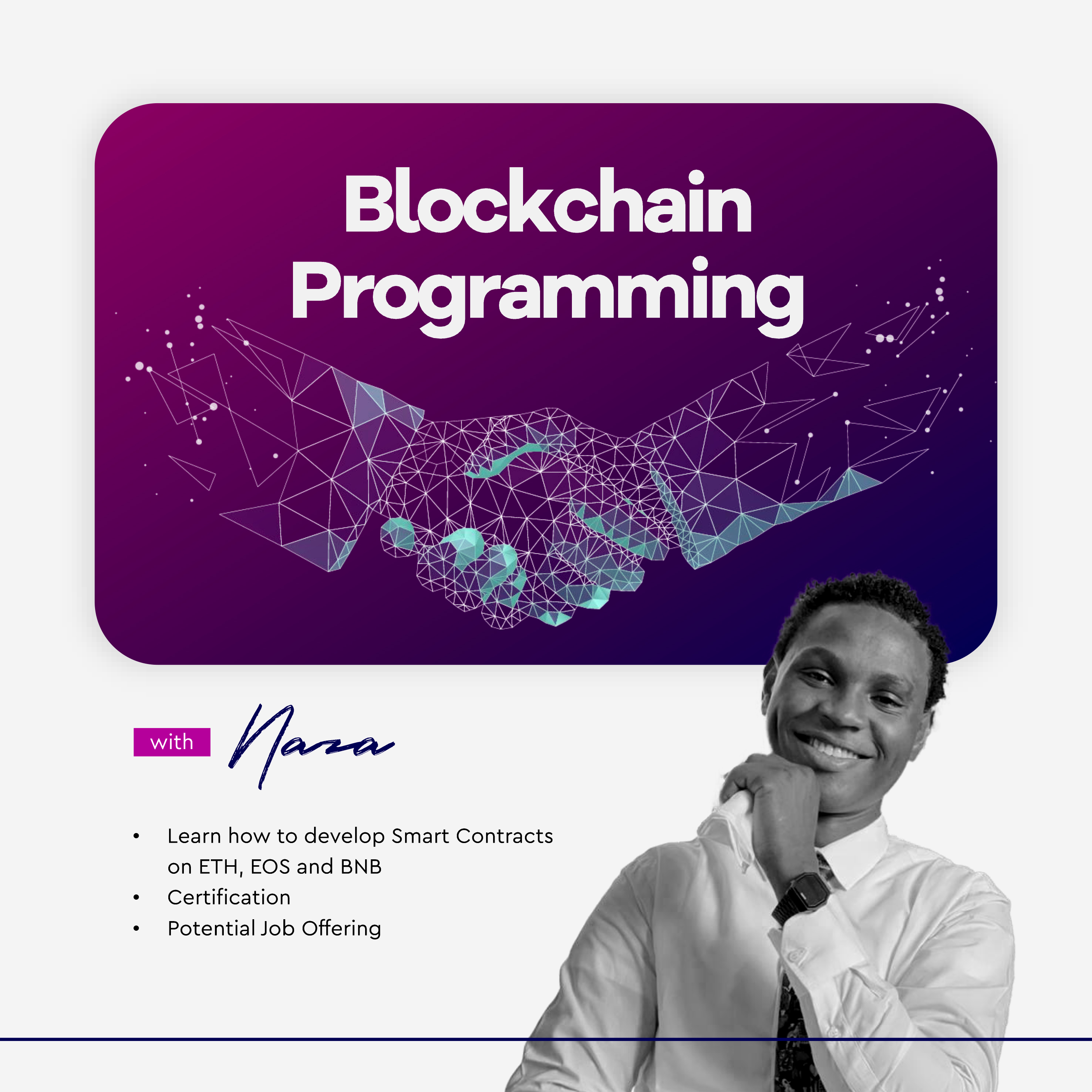 In the year 2015, 'Naza picked interest in Blockchain Technology but withdrew from doing further research as he believed he had to gain more fundamental knowledge and experience in the area of computing.

He bagged a National Diploma (ND) at Yaba College of Technology where he learnt the basics of Computer programming, discrete Mathematics and how hardware components relate with software.

With a burning passion to learn more, he further went to obtain a Bachelor's Degree in Computer science at the University of Lagos, Akoka and learnt different high-level languages, algorithms and advanced mathematical computations.
He has greatly improved his programming skills, delved into building smart contracts and is currently building his career as the Chief Smart contract Developer at HaggleX, a revolutionary cryptocurrency in Africa.